New HOKA ONE ONE x Salco Garmin Team project: the trail running team is teaming up with the revolutionary running shoe brand.

With the arrival of spring, it was time for a breath of fresh air – also in the environment of mountain running. HOKA GARMIN TEAM enters the trail scene, a combination of one of the most important Polish groups in mountain running, Salco Garmin Team, and high-quality running footwear brand HOKA ONE ONE. From now on, a group of athletes headed by names such as Kamil Lesniak and Robert Faron will represent the fast-growing brand originating from the heart of the French Alps.

HOKA ONE ONE becomes the team’s titular partner, providing us with essential sportswear items, from proverbial head to toe. We hope that the cooperation we are just starting will bear fruit and give satisfaction to both sides. In the upcoming season we will compete under the name Hoka Garmin Team. Our team is a group of athletes with a wide variety of needs and requirements when it comes to choosing running shoes. The brand’s wide assortment gives the opportunity to test and choose models that suit individuals most.

The Team will include athletes competing so far under the Salco Garmin Team banner: Robert Faron, Miłosz Szcześniewski, Mirka “Miśka” Witowska, Rafał Klecha, Kamil Leśniak, Ola Bazułka, Kinga Kwiatkowska, Zuza Mokros and Czarek Baliga. Since its inception, the team has been guided by one goal: to support athletes at the starting line and in preparation for competition. Cooperation with the brand of revolutionary running shoes HOKA is sure to be mutually beneficial – the partner will provide not only product support, but also the financial support necessary to implement the plans of the athletes. 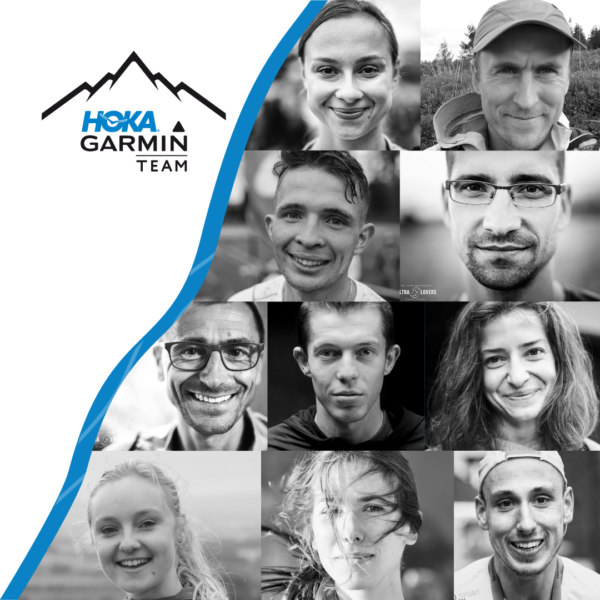 HOKA is growing rapidly and already holds a serious position in the cross-country footwear market. The brand rooted in the capital of mountain running celebrated its tenth anniversary in 2019. At the core of the brand’s existence is the idea of improving endurance race times by creating a shoe that supports faster downhill runs.

This is how brand founders Jean-Luc Diard and Nicolas Mermoud created a new definition of running shoes. Today, the eye-catching sole, which seems to “spill” under the shoe, is not surprising – Hoka brand models are increasingly appearing on the feet of top athletes.

The new HOKA Garmin Team project is an important step in consolidating the brand’s position in our “backyard” of mountain running. Thanks to him, we will certainly see revolutionary footwear on the routes of Polish competitions even more often.

HOKA ONE ONE is a manufacturer of specialized running shoes, popular especially among long-distance runners. Among them, it represents one of the fastest growing sales brands in the world. However, it is also valued among amateurs, just beginning their adventure with running. The hallmark of the footwear is the unusual construction, associated with the use of an extremely thick foam sole, which translates into a maximum degree of cushioning. Other typical Hoka One One features include a boat-shaped design, low foot placement in the shoe’s frame, minimal weight and rich colors. The brand was established in France in 2009 and has been successively conquering new markets since then. From season to season, the manufacturer successively improves the most popular models, as well as introduces new proposals. Key models are the trail-oriented Speedgoat 4 (also available in a GTX version), the urban Clifton 8 and the Challenger ATR 6, which combines features of both of them. Since spring 2016, Hoka One One has been available in Poland, and its exclusive distributor for Poland is RAVEN, a company from Krakow.