A black-and-white and silent ski documentary from the beginning of the century worth seeing. The film was shot by Arnold Fanck using a special camera constructed in Dresden, which enabled high-speed video recording. The team and skiers explored mountains, valleys and glaciers, climbing peaks as high as 4,200m. Take a look at the specific technique and exceptional skills of skiers, conquering steep slopes, traversing avalanche slopes and jumping over ice crevasses. The film was shot in the Black Forest and the Swiss Alps. Starring: Sepp Allgeier, Ernst Baader and Arnold Fanck.

The video is an hour long in its entirety, but not easy to find. You can watch the half-hour version here: 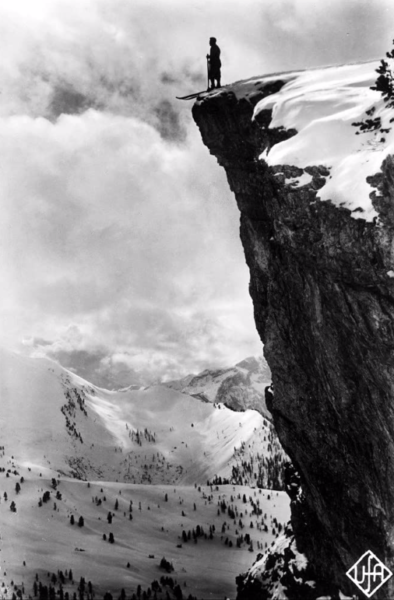