Marta Łagownik and Darek Boratyński winners of the first edition of the nationwide CITY TRAIL final!

April 9 in Bydgoszcz’s Myślęcinek took place an unusual competition of the best cross-country runners in Poland – CITY TRAIL run with Nationale-Nederlanden Gold. For the first time in the event’s eleven-year history, top riders from ten locations met on the same route. The 5-kilometer route in Bydgoszcz, which consisted of m.in. Five demanding climbs and technical runs, the best of the women turned out to be a triathlete from Gdansk – Marta Lagownik. Second place went to an excellent long-distance runner from Bydgoszcz – Aleksandra Brzezinskaya. The third to pass the finish line was Olga Ochal, also a Bydgoszcz resident. In the men’s competition an amazing battle for the win was fought by Dariusz Boratyński from Wrocław and Dawid Malina from Rybnik. In the end, the victory was won by a Wroclaw resident. Marcin Biskup from Bydgoszcz took the third place.

Runners and joggers from all over Poland came to the CITY TRAIL Gold final run. Many had been planning for weeks to take part in this prestigious competition, stressing that such a nationwide rivalry was the icing on the cake of the nearly six-month struggle in the cross-country top five. It is worth recalling at this point that CITY TRAIL with Nationale-Nederlanden takes place in the formula of the grand prix cycle. In each of the ten locations (and they are: Bydgoszcz, Katowice, Lublin, Lodz, Olsztyn, Poznan, Szczecin, Tricity, Warsaw and Wroclaw), 5 events were held each over the autumn and winter months. Those best in open classifications and age categories, as well as athletes with a minimum score, were able to take part in today’s competition.

As he points out Piotr Książkiewicz, CITY TRAIL organizer:

I am very satisfied. The run looked exactly as I had dreamed of it. But what pleases me most is that this competition is important not only for us, but also for our runners. The thanks we are receiving are the best proof that it is worth developing this idea and we are already thinking about how, where and when to organize the next edition of our gold edition. I can’t overlook the fact of the wide age cross-section of athletes who stood at the starting line today. This fills me with optimism and allows me to be calm about the sports level of our events in the coming years. 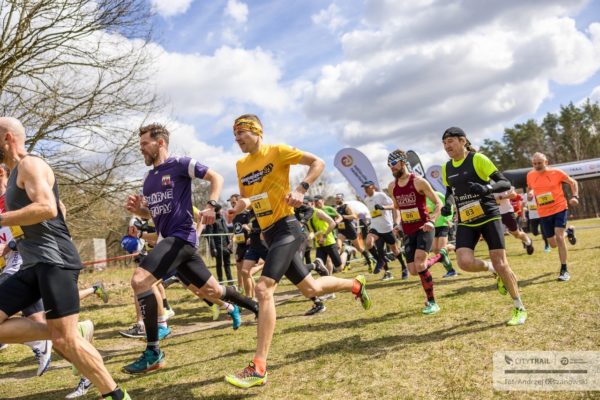 One more fact is worth noting. The CITY TRAIL run with Nationale-Nederlanden Gold brought together runners competing in the stadium, in street running, including marathoners, specialists in cross-country and even mountain running, but also triathletes. Aware of this, the organizers prepared an interesting, technical route, which gave a chance for an equal fight between athletes of different specialties. The stated goal was achieved, as best evidenced by the women’s competition. Before the run, the top Polish long-distance runner, the best Polish woman in the Warsaw Peace Half Marathon held at the end of March, was a firm favorite Aleksandra Brzezinska. Meanwhile, the first to check in at the finish line (with a nearly half-minute advantage) was the triathlete, winner of the run and author of the Gdansk CITY TRAIL course record – Marta Lagownik:

I admit that it was a demanding route. My strength preparation, strong physique certainly made a difference. I am a triathlete. I’m starting the season in a week, and I know that today’s run was a good rubdown.

In turn, this is how Aleksandra Brzezinska summed up the competition:

– This is the sport. You can only be sure of winning at the finish line. This start today was from a full training. I am preparing for the marathon and together with my coach – Blazej Brzezinski – we decided not to let go of any accent, because every week of work is important. Nevertheless, I am satisfied. I love the CITY TRAIL series. I really like these cross-country starts, and in no way do I take offense to cross-country – on the contrary. 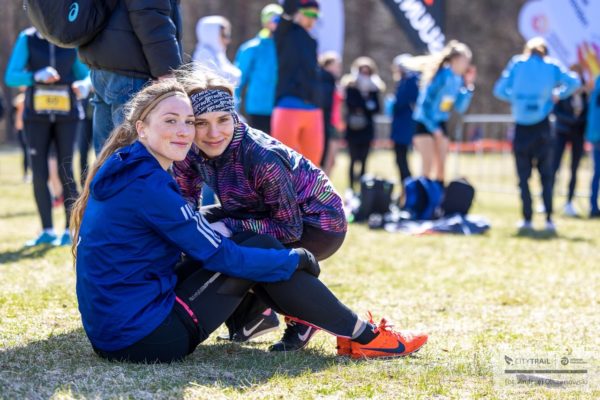 The men’s competition during the final run was extremely exciting. The all-time CITY TRAIL record-holder started with the number “1” Dariusz Boratyński, who ran 14:25 on Wrocław’s fast CITY TRAIL route in March. As he pointed out after the competition:

The result from two weeks ago gave me confidence. I knew I was coming to Bydgoszcz to fight for the win. The day before the start I checked the route and had no doubt that “breaking” 16 minutes would be possible today, provided that there was another willing to run fast from the start. It turned out that, except for me, Dawid Malina and Marcin Biskup set off at a strong pace from the start and only in the second part of the distance we were left with only two – with Dawid. We took turns in the lead, and victory required a strong finish. It cost me a lot for this run, but it was worth it, and I am very happy that I could compete with athletes from other CITY TRAIL cities. 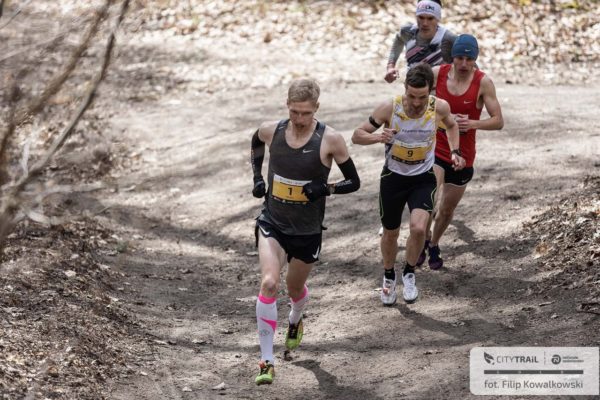 Winning the race means not only the title of the best CITY TRAIL runner in the country, but also a solid win – PLN 2000 and a Suunto watch. In addition, prizes were awarded for individual age categories. The prize pool amounted to 25,000 PLN, which is an unprecedented amount for cross-country running in Poland.

TOP 6 of the women’s final run:

The final runs were an opportunity to test themselves in the national stakes also for athletes outside the top of the cycle, as the best in twelve age categories also qualified. The competition between the fastest CITY TRAIL participants was accompanied by an open run, held on the same route on which the leading cross-country runners in Poland competed.