Probably the first dog in history to circumnavigate the globe

She is Savannah, he is Tom Turcich. Seven years ago, the two set out on a trip around the world. Thus, Turcich became probably the tenth person to complete the route leading across seven continents on foot, and Savannah the first dog in history to circumnavigate the globe on four paws.

Tom Turcich started his adventure in New Jersey. After the unexpected death of two friends in his teens, he realized that life is too short to sit still. At 26 years old, he set off on a solo trip around the world. After four months of wandering, in Texas, he decided to adopt a companion. As it turned out, abandoned on the side of the road and found in a shelter, a puppy named Savannah is a dream come true for many a traveler and a tenacious companion for even the most demanding expeditions. 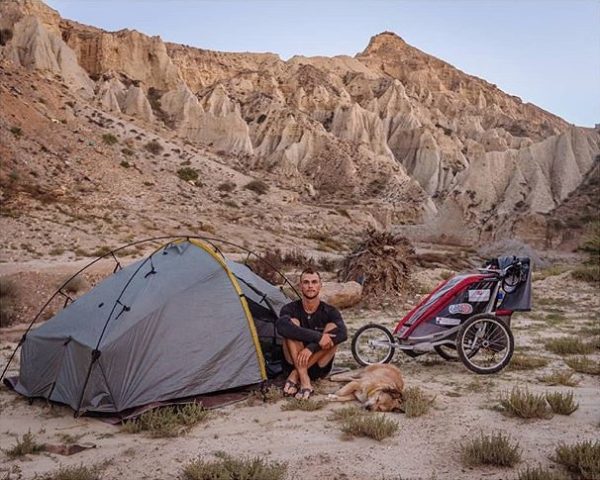 They walked about 40 kilometers a day. Both were struggling with health problems. Because of the pandemic, they were forced to make many logistical changes. Despite having to take a two-year break during which they returned home, they weren’t about to give up. As Turcich mentions:

There were days, in Peru, when we walked through the desert and the days became very monotonous. I looked at Savannah and wondered how she felt. But she did it – walked dozens of kilometers, eight hours a day, without complaining. Always with tail high.

As we can read on Turcich’s social media, with a score of 38 countries and more than 45,000 kilometers, on Saturday (21.05) Tom and Savannah happily completed their first, and longest, walk together.

You can find more details about the route covered and reports from each location on The World Walk blog. 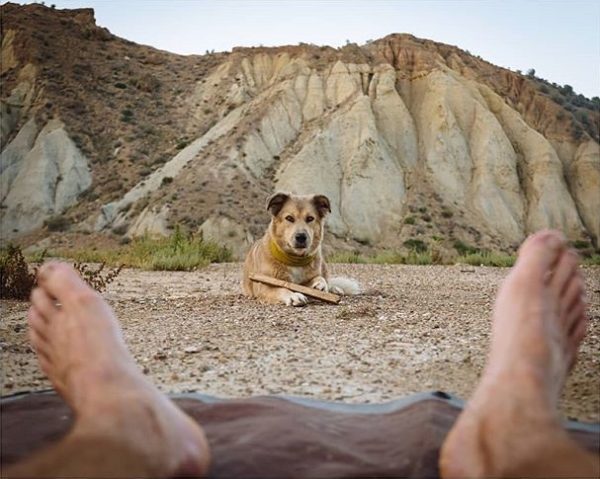