CITY TRAIL: great result at the end of the cycle in Bydgoszcz

Saturday, March 19 in Warsaw and Sunday, March 20 in Bydgoszcz marked the end of the sports portion of the CITY TRAIL cross-country running series with Nationale-Nederlanden 2021/2022. Already before the weekend's runs we knew the winners of the general classification in both cities. They are: Dominika Stelmach and Piotr Mielewczyk in Warsaw, and Aleksandra and Błażej Brzeziński in Bydgoszcz. However, this does not mean that the weekend lacked excitement. The best evidence of their high level is the fact that the triumpher of the Bydgoszcz competition – Mateusz Kaczmarek – equaled the third in the history of the series – 5-kilometer route covered in 14:41.

But let's start with Saturday's competition in Warsaw. Nearly 700 runners showed up in the Mlociny Forest, of which nearly half a thousand ran the 5 km distance, and more than 200 were participants in the CITY TRAIL Junior competition. The fastest of the women of the main race turned out to be (for the fourth time in the edition) – Dominika Stelmach, with a time of 17:36. The second place was won Iwona Wicha (18:14), and the third was Sylwana Gajda (18:20). 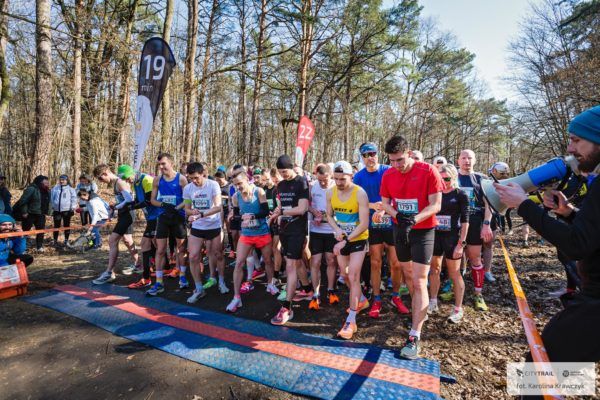 Among men, the first to cross the finish line in the Młociny Forest was Adam Świrgoń – fourth in the general classification. His score was 15:20. As he said after the competition:

This is my first win in this CITY TRAIL season. In addition to the Warsaw route, I also know the Lublin and Lodz routes. Today I felt very good. I'm happy, because my form in recent weeks has been going up a lot. This is a good prognosis before the season, in which I may try my hand at the mountains, although this is not yet determined, because I know that my coach still sees me in the stadium.

Among the participants in the CITY TRAIL Junior runs was an eight-year-old Jagna, who competed at the 600m distance, and after her competition cheered loudly for the adults competing at the 5km:

I did well today. I like not only to run, but also to cheer. I got a little yelled at today.

380 adults and 129 children took part in Sunday's competition in Bydgoszcz. Winner of the main run – Mateusz Kaczmarek, who covered the 5 km in an excellent time – 14:41, admitted that he had planned to run even faster:

My goal was to improve the all-time CITY TRAIL record, which is 14:39. Unfortunately, I was a little sick and it took its toll on the form. The 5km distance suits me, but in cross country. In the stadium it's too much, I'm not fond of shooting many laps on the treadmill. My upcoming start plans are precisely 5km runs – first a street run, and then the CITY TRAIL finals, in which the strongest runners from all over Poland will take part.

Mateusz Kaczmarek was second in the general classification of CITY TRAIL Bydgoszcz 2021/2022.

In the women's competition, the fastest turned out to be Olga Ochal, with a result of 17:01. This is Olga's best time this season – more than half a minute better than her February result. Second place was won by Marzena Rozpędzik (time of 18:20), and the third was Marta Szenk (18:43). 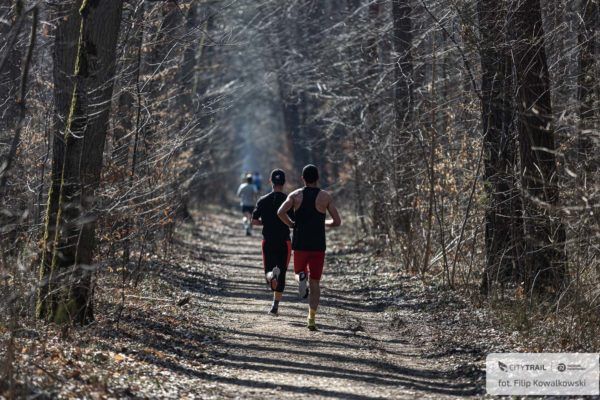 The last runs of the season are scheduled for March 26 in Wroclaw and March 27 in Katowice. Since March 15, galas summarizing the 2021/2022 edition are also underway, during which commemorative medals and awards are presented. Ceremonies have already been held in Lublin and Lodz, and in the coming week the ceremonial end of the season is planned in Szczecin (March 22) and Poznań (March 23).

In addition to the awarding of medals and prizes, the runners will be treated to one more special event. On April 9 in Bydgoszcz Myślęcinek as the prestigious national finale of the cycle will take place – the run CITY TRAIL Gold. The best runners competing in CITY TRAIL throughout Poland (in ten locations) will compete on the 5-kilometer route, and there will also be an accompanying run – open to all. Details explain Piotr Książkiewicz, CITY TRAIL run organizer:

This will be a unique event, as for the first time we will see our female and male runners from different locations compete. Qualification was won by runners who took places I-III in age categories, as well as those who completed the time minimum. We set the minima separately for each location and for each of the twelve age categories.

We are very keen on restoring cross-country running to the prestige it deserves, which is why we decided on financial prizes unheard of in cross-country – also in age categories.

The collection for Ukraine is underway

It is worth mentioning that the entire amount collected over the weekend at the race office will be donated to help Ukraine – it will go to Polish Humanitarian Action. The campaign is nationwide and has been running since February 26. So far, the organizers of CITY TRAIL have already donated nearly 9,000 PLN to the collection.